Youth Voices: Why climate change is bad for the earth 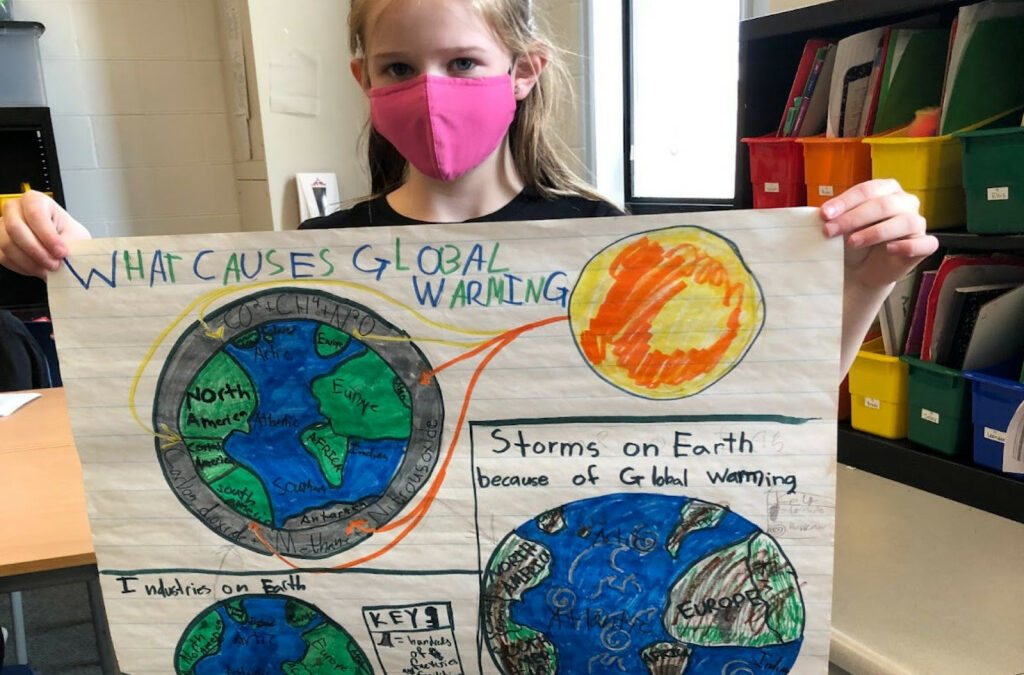 Climate change is bad for the Earth because it makes the surfacewarmer, it can kill plants by drying them out, and most of all, it’s caused by humans!!!

One reason climate change is bad for the Earth is that it makes Earth’s crust (the part we live on) warmer.

One time I was playing outside with my brother when I suddenly felt hot.

“Does it seem hotter out here?” I asked my brother.

“Not that much”, he answered.

I went inside for some water and told my mom, “It felt hotter outside than usual. Has the temperature risen yet?”

So my mom checked the temperature, and earlier in the day, it had been 60 degrees, but now it was 71 degrees, which was very suspicious.

Sometimes you go outside on a nice day and then go back inside to get something, and when you go back outside, it’s warmer than when you first went out.

In the future, if global warming gets worse, we might have hotter summer days and maybe even no winter!

Another reason climate change is bad for the Earth is because it can destroy plants by drying them out.

An example of this is that one time I was taking a walk on the boardwalk in my town, when I noticed a dried flower on the side of the path. To a lot of people, it would probably be just a dried-out flower to the side of the path, but to me, it was an act of climate change. And it made it more like climate change because it wasn’t that hot outside.

Another example of this is that sometimes someone will plant a garden in the summer, and later in the summer, it will get even warmer because of climate change.

An example of this is that when humans burn fossil fuels, it releases carbon dioxide into the atmosphere, which then makes the surface warmer, killing plants.

Planet Detroit partnered with the Southeast Michigan Stewardship Coalition and teachers across Michigan to recruit these youth voices on how climate change affects kids’ lives. Here are their stories.